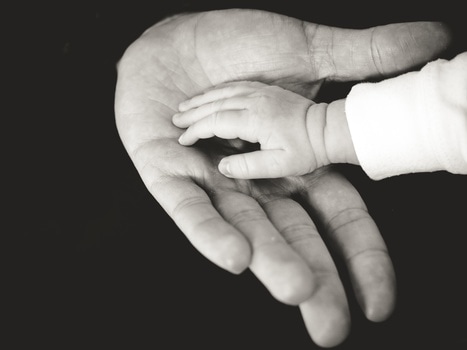 About three o’clock on a bitterly cold January morning, the dispatcher, in a broken voice, announced that a two year old baby walked out his parents’ apartment, dressed in only pajamas.  It was critical that we find him before he froze to death.  Additional cars raced to the scene and quickly started a methodical search of the streets and alleys nearby the residence.  I assumed that if he walked out the rear door he would be in the alley nearby.  I drove the alleys and within minutes I had the little fellow spotted, captured, and wrapped warmly in my police leather jacket, a little cold, but in good spirits and happy to see me. Immediately, I got on the radio and called off the search, allowing the dozen or so squad cars to return to their duties.  I returned my gift-wrapped package to the waiting arms of a tearful mother.

Our follow-up investigation revealed that junior awoke and went to the back door of the apartment for some unknown reason.  The door was locked but a quick turn of the knob allowed it to open.  Out for a wintery stroll went the adventurous two year old.  Mother awoke to a chilly breeze entering her bedroom and immediately notified the 911 dispatcher of the missing child.  We estimated that our young man was probably only outside for a few minutes.

To this day, all I have to do is close my eyes to envision the baby, illuminated in my headlights, waddling from side to side, making his escape down the snow-covered alley.