About the Author Larry Casey 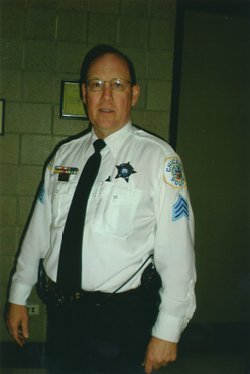 Having had a grandfather and father on the Chicago Police Department made the choice of becoming a police officer relatively simply. Between the excitement of having a real profession and the prospect of following in the Casey footprint, the Chicago Police Department seemed a natural choice. I donned my recruit uniform in November,1977, at the age of twenty-five.  After seventeen years of patrolman status, I was promoted to sergeant. As a supervisor I continued my learning and teaching for thirteen years of overseeing young men and women until 2008. I retired at the age of fifty-six after thirty years of a very wide variety of police work and assignments.

In 2002 I received my Bachelor of Arts degree from Lewis University, and in 2005, I earned my Masters of Science degree, also from Lewis University.  After a few months of relaxation I started my new career as an adjunct professor of Criminal Justice at Wilbur Wright College. I have been teaching there ever since..

Trading thoughts about my police experience led me to write a book of my memories. I did not want to bore people with the typical police style writings of shooting em ups. And seeing I was always a proponent of humor being a policeman’s best outlet for stress and pressure, I decided it was appropriate of me, to write a very different genre of police book. My compilation of short stories is based on the humorous side of police work. Mainly I detail accounts that rarely make their way to the public’s ear. Honesty is also a base for many memories, stories that were too raw or considered too embarrassing for the everyday reader.

12 thoughts on “About the Author Larry Casey”